Hendrick’s Gin: The Original, Weird In A Good Way

Cleaning out some old emails from the files the other day, I came across a fishing article written by a friend. It was about the very first time we met, at Playa Girón in Cuba, chasing bonefish on fly on Las Salinas saltwater flats. Playa Girón is basically what we know as the Bay of Pigs, and I was there with some friends from the U.S.A. and Australia. Alex was doing the backpacker fishing thing and we were all staying at the home of my usual guide, Lazaro (best guide in Cuba), a beach shack right on the water.

This is an extraordinarily beautiful part of the world with great fishing but is not easy to get to. Toss in permits, arranging guides, accessing the place, and so on and you have to be pretty serious about wanting to fish it. At the time, only half a dozen people were allowed to fish Las Salinas on any day – how the guides find their way around is beyond me – and it is all catch and release of course.

Alex had planned to jump the fence and fish without guides, but plans changed when we pointed out that after the fence there was a 20-kilometer drive before he would reach the shallows. A guide it would be. Alex was staying a few days longer and wrote about the experience. He mentioned meeting us and how we’d left him a few cigars and a bottle of Hendrick’s gin to enjoy after we’d left. To be honest, I have no idea how we managed to leave a bottle of Hendrick’s.

It reminded me that while we might be confronted with a plethora of different gins these days, aside from a few standards from the big producers there are a couple of favorites that are enjoyed around the world. Hendrick’s is definitely one of them. 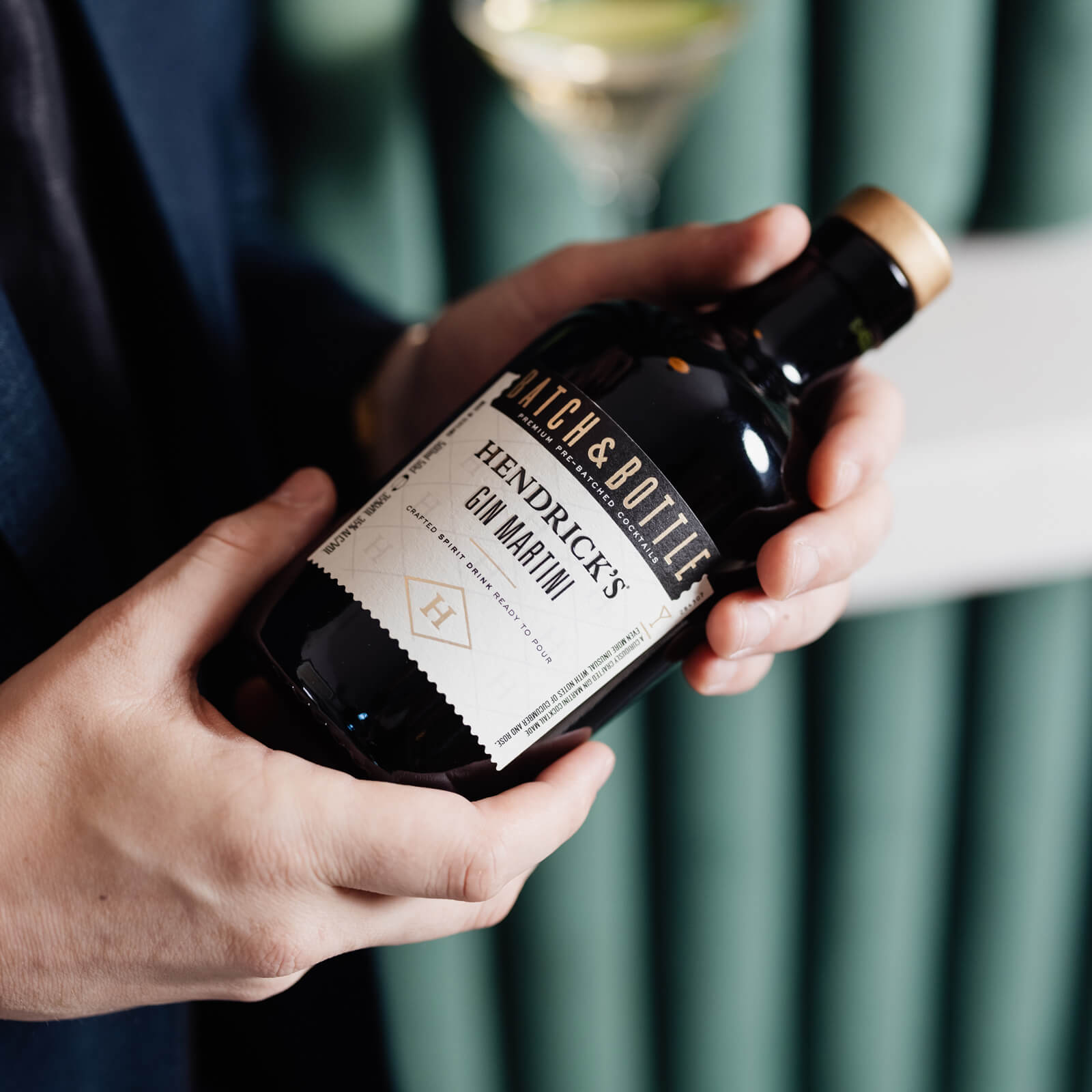 Hendrick’s and its place in the gin world

We have seen how gin production went from those few big names dominating the gin world, seemingly on every bar shelf anywhere, to the emergence of smaller, quality-orientated makers to an extraordinary worldwide explosion of craft distillers. It seems that every day new gins emerge while others disappear, never to be heard from again.

The UK went from one in five distilleries producing a gin to one in five not producing a gin a decade later. In 2019, 83 million bottles of gin were sold there. At that stage, I believe the population was 65 million people, give or take. Take out the kids, teetotalers, and others who would not be buying gin, and that still leaves a lot of gin for fans of the drink.

For me, Hendrick’s was the bridge between those major names and the craft flood, although as Hendrick’s is made at the William Grant distillery perhaps “craft” is a slight embellishment.

A Scottish gin made with cucumber? It made no sense to me at the time, but it tasted great and worked wonderfully with a range of cocktails, including the iconic martini. I have no doubt that the use of cucumbers, along with other botanicals, opened the eyes, and minds, of many small distillers and led to unprecedented experimentation. If Hendrick’s has a problem, it might simply be that these days it gets lost in the endless parade of new gins or that some may feel it is old-fashioned. Strange days indeed.

As mentioned, Hendrick’s gin comes from the William Grant empire. It is made at the Girvan Distillery in Scotland and was first released in 1999. This was the gin that changed the world of spirits. It was created by Lesley Gracie, who had joined William Grant to work in development, around a decade earlier. One of her tasks was to create a “new, super-premium” gin. One hopes she got a hefty Christmas bonus that year. Gracie is still the master distiller for Hendrick’s (and apparently a keen fly-fisher, so one hopes she would have approved of a bottle of her gin making it all the way to the Bay of Pigs). It really is worth noting that a great many gin distillers and gin lovers are both crazy as cut snakes and seriously keen fly-fishers.

Is it that hard to imagine Papa Hemingway with a gin? Absolutely not, and as author Phillip Greene in his brilliantly titled To Have and Have Another notes, Hemingway was very big on martinis. The drier the better (the martini pops up as part of so many columns that perhaps it is time it got its own – although there are few drinks more guaranteed to engender controversy and debate than that iconic cocktail). In Across the River and Into the Trees, surely one of his most underrated, Colonel Richard Cantwell orders a Montgomery Martini: 15 parts gin to one part vermouth.

It wasn’t that Hemingway had anything against vermouth – he drank large quantities on his boat, the Pilar, as part of the Vermouth Panache cocktail, a blend of sweet and dry vermouth with Angostura Bitters. Though, as he was diabetic, one suspects a little less of the sweet. This was also why he drank his mojitos sans sucre, and to be honest that is how I prefer them.

Back to Hendrick’s. The inclusion of cucumber and roses in the new gin was to reflect the concept of an English country garden, but it really was rather revolutionary.

The name? Who was Hendrick? Janet Sheed Roberts was the last surviving grandchild of the original William Grant. She passed away in 2012 at the venerable age of 110 and could remember Grant from her youth. She was asked if she had any ideas for a name and suggested Hendricks, the old family gardener (an apostrophe was later added).

Hendrick’s was named the best gin in the world by the Wall Street Journal in 2003 and has won all manner of awards over its history.

All gin has juniper (well, one assumes so, but these days . . .), and then it is pretty much open slather (did I mention elephant dung?). Hendrick’s includes cucumber, as I have mentioned, but also Bulgarian rose petals and much more: coriander, caraway, chamomile, lemon peel, angelica, yarrow, elderflower, orange, cubeb pepper, and orris root (also known as Queen Elizabeth Root). It was also given an immediately identifiable and much-loved new style of bottle based on those found in the old apothecaries.

This gin remained the company’s sole focus until a second was added to the range in 2017, the Orbium. It uses wormwood, cinchona, and blue lotus.

Midsummer Solstice was released in 2019, from what Hendrick’s terms its “cabinet of curiosities.” It is “infused with an array of floral essences in celebration of the midsummer solstice.”

Others have followed: Lunar, Amazonia, and Neptunia as well as an absinthe. There was talk of Hendrick’s Gin Pickles, which was actually an April Fools’ Day joke, but got such an overwhelmingly positive reaction that the company then had little choice but to put them into production. Hendrick’s, for those for whom such things matter, is both gluten-free and vegan friendly. 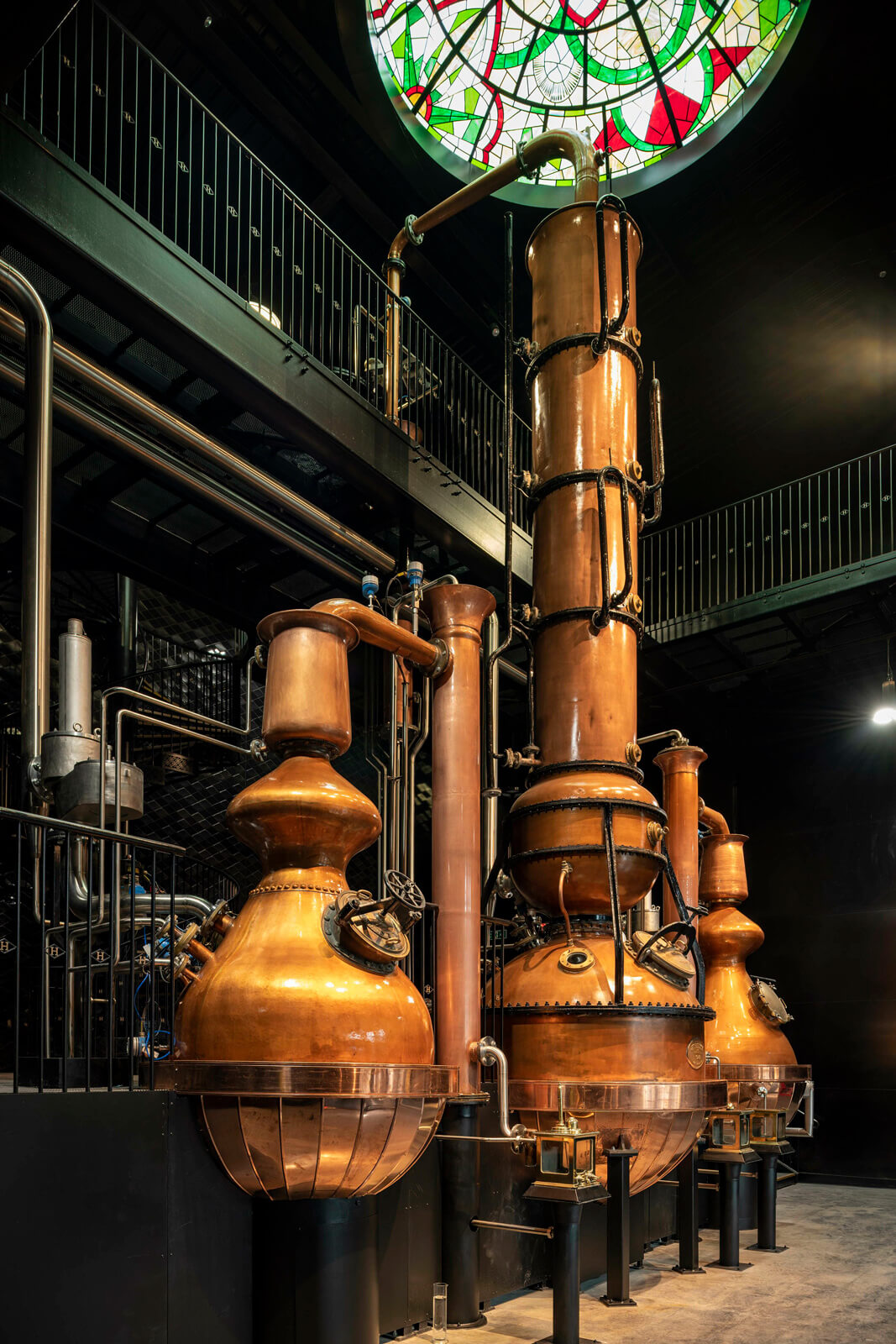 Distillation occurs in a Carter-Head still, which was constructed in 1948. There are only a couple in the world. Hendrick’s also uses a small pot still that was made in 1860. They were both purchased at auction in the 1960s and lovingly restored.

The team sees the pot still as providing the strong botanicals and the Carter-Head still as offering more floral fragrances. The two are blended and then an addition of cucumber essence and rose petal essence is included. Even though it already includes cucumber, it is often served with a slice to further enhance the flavors. Again, it works.

It’s worth checking out the Hendrick’s website as, like so many gin sites, it is all a bit weird and wonderful, but lots of suggestions.

If you doubt me, consider the section in which Hendrick’s traces its history back to the Big Bang and notes that microorganisms hanging around oceanic hydrothermal vents some 4.5 billion years ago, “bemoan the lack of refreshing afternoon cocktails.”

Three thousand years ago is the first recorded mention of a cucumber and then, in the eleventh century, Benedictine monks around Salerno in southern Italy started making drinks from juniper. The website also points out that in the fourteenth century Robert the Bruce held court in Girvan, Scotland and that there is no evidence that he did not know that it would become home to Hendrick’s gin, where the company would build its Gin Palace. In 2069, Hendrick’s will release its “first time-travelling gin for the second time.” You get the gist. 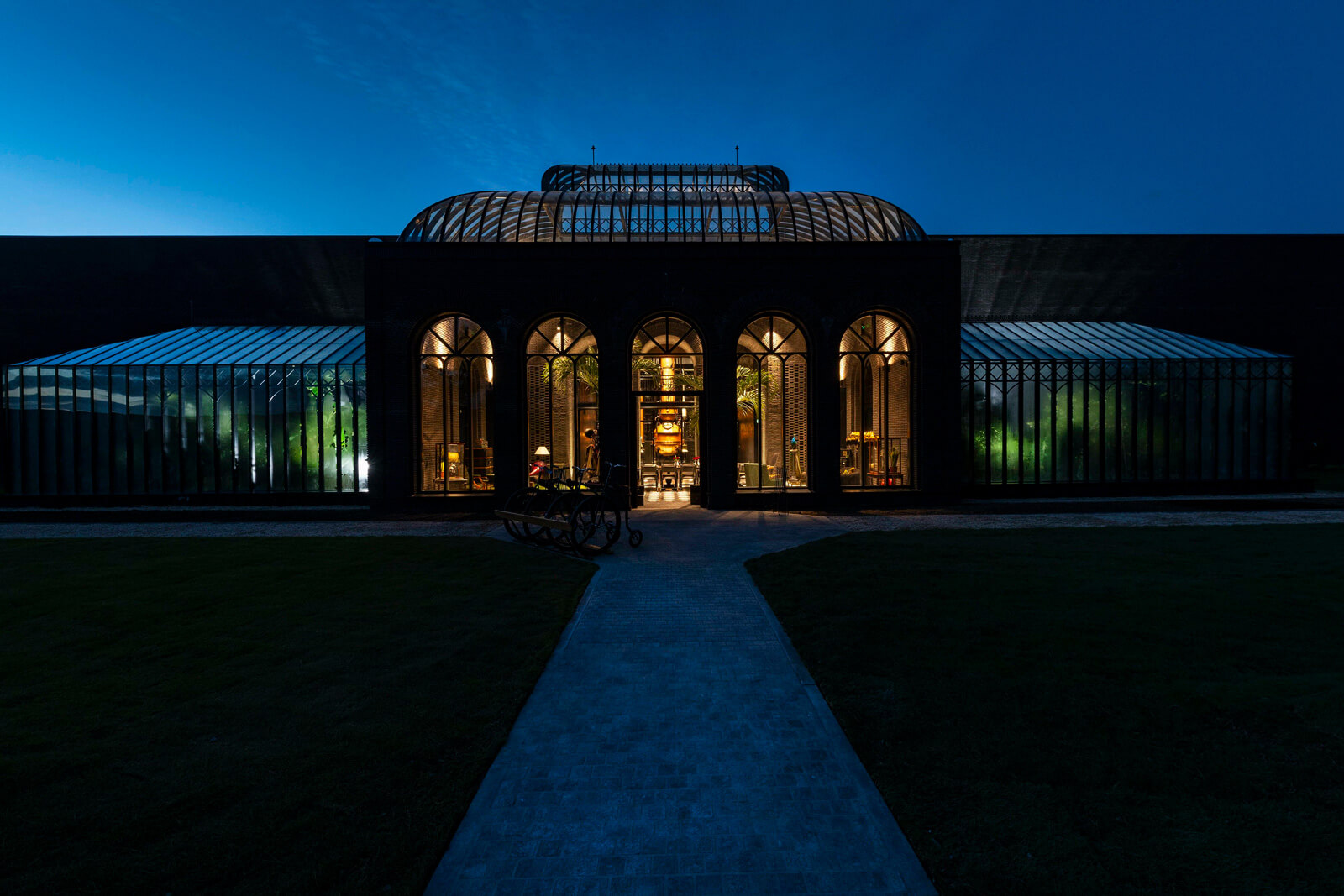 I tasted four of the gins (well, three and a pre-prepared cocktail using Hendrick’s – normally not my speed as it always seems a shortcut and a bit lazy, but given that these guys know what they are doing, perhaps I should have a slightly broader mind on this).

I should add that I kept all of these in the freezer before tasting. I like my gin cold (Hemingway and I are one on that).

If you don’t, fine, keep it as you wish, but please do not automatically dismiss anyone who has a different preference. To see people refuse to talk to others because they put a cube of ice in their premium malt or rum or to stop reading an article because an author has a mildly different preference seems the height of what we might term “tossery.” I might feel differently if someone was about to pour a can of cola into a 40-year-old malt, but there are things that are acceptable.

Remember also that where I am writing this recently suffered badly from flooding and we have high temperatures with humidity at rather unpleasant levels. An ice cube, or storing your gin in the freezer, is hardly a hanging offence. Hendrick’s Gin: the standard. This is cucumber and rose petal dominant, but it is finely balanced with hints of juniper and summer greens. There are touches of citrus. Good intensity and length and almost a Nordic freshness. The team notes that it is not for everyone. Fair enough, but I love it. Delightful smoothness. For those planning on a simple gin and tonic, the team recommends 50 ml Hendrick’s, 150 ml good tonic, and three slices of cucumber.

This was, as were all three gins, what we would call gin clear. Not surprisingly, this is a term often heard from fishermen to describe a perfectly clean, crystal-clear trout stream – gin clear! There really is a link.

Hendrick’s Lunar Gin: from the “cabinet of curiosities,” this was allegedly concocted under a full moon. Again, we have spices and florals here with layers of citrus. A limited release, it is delightfully fresh and slightly more alcoholic to the standard’s 41.4 percent at 43.4 percent. Some serious length and good intensity here. One to enjoy by the light of a full moon.

Hendrick’s Midsummer Solstice Gin: the first creation from the “cabinet of curiosities,” this is a joy. Another limited release but very much worth seeking out. An ideal sipper but would have great application as a component of quality cocktails. The team suggests drinking it with ice, cucumber, and orange zest.

I’m happy to drink it chilled on its own apart from one cube. Exquisite fragrances here, florals, cherries, spices. Delicate and elegant, this is Audrey Hepburn in a glass. Soft, balanced, smooth, so easy to drink. Love it. Also 43.4 percent.

Hendrick’s Batch and Bottle Gin Martini: the Batch and Bottle team offers a number of pre-mixed cocktails using quality spirit producers. Like a Glenfiddich Manhattan, for example. There is also something called a Reyka Rhubarb Cosmopolitan – I suspect I may not be the target audience for that one. 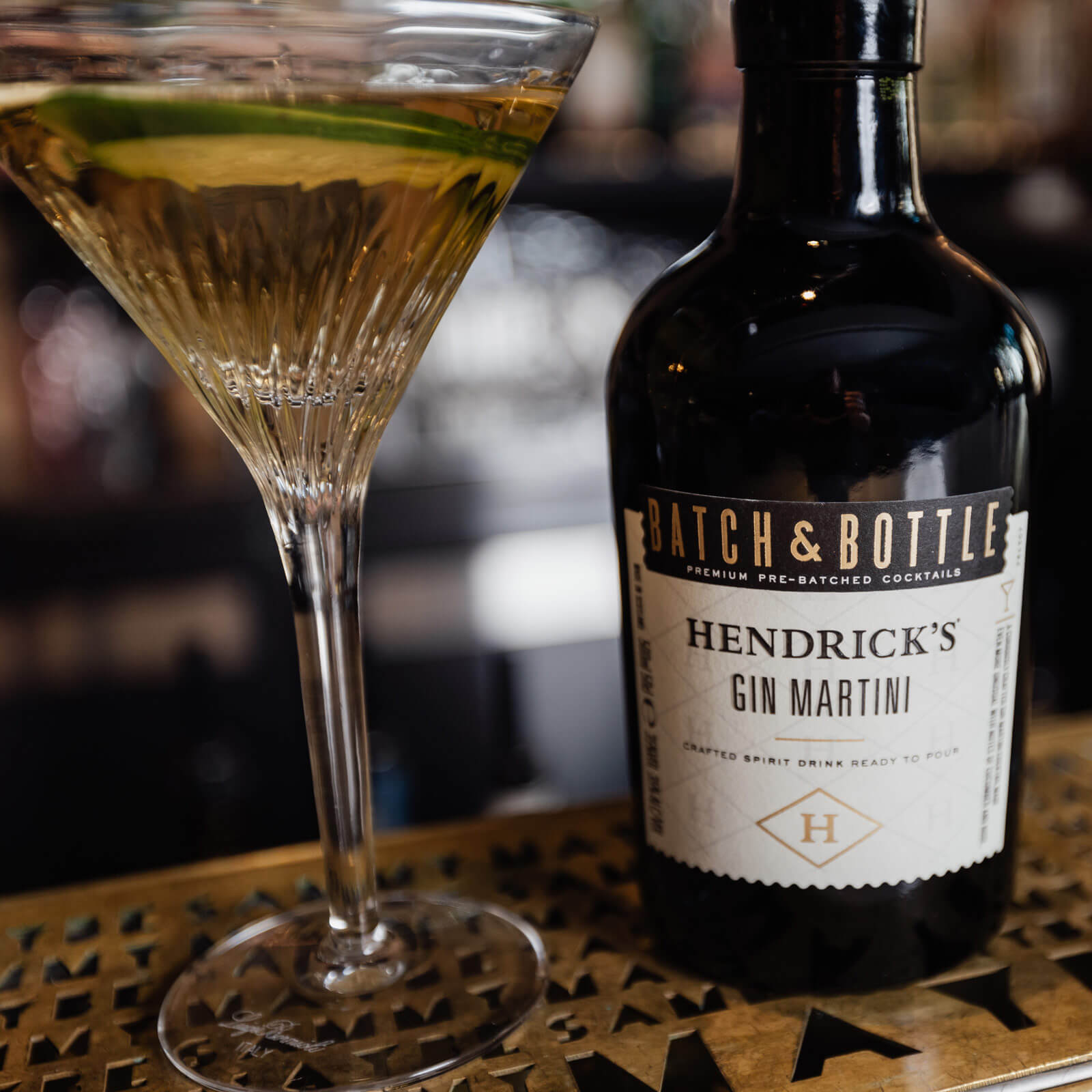 The Hendrick’s Gin Martini is certainly appealing. A pale bronze in color, the cucumber notes are quite prominent. There is a briny note, a hint of seaweed, lovely freshness, citrus, and very good length. Definitely worth a look.