Alcohol delivery services are busy these days, too 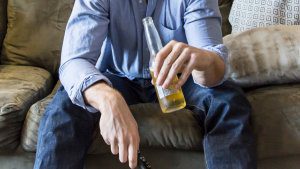 To the surprise of no one, Americans are drinking more at home. But this was already happening before many of the nation’s bars and restaurants were recently ordered to shut down in several states.

“As consumers plan their household needs and purchasing for the next several weeks, and perhaps even months, they are stocking up on alcoholic beverages,” said Danelle Kosmal, VP of beverage alcohol at Nielsen. “Within beer, the growth rate for 36 packs jumped to 20%, compared to several years of declines. Similarly, boxed wine sales are up 6% compared to last year—specifically 3-liter box pack sizes, which are up 8.6%.”

The current moment is also presenting an opportunity for alcohol delivery services, such as Drizly, which partners with local retailers and operates in more than 180 markets across the U.S. and Canada.

As of this past Tuesday, the total value of products sold on Drizly’s ecommerce platform and app was up 500% compared to the same time last year, according to the company. Consumers are spending 50% more per order than usual, too.

“We certainly are in unprecedented times,” said Liz Paquette, head of consumer insights at Drizly. “At a time when many businesses are struggling, delivery affords an opportunity for retailers to continue providing real value to their customers at a local level.”

Similar to other companies whose business requires them to send delivery personnel to consumer’s homes, Drizly is taking extra precautions to keep both its employees and customers safe. The service is encouraging customers to accept their delivery outside of their residence and avoid touching delivery drivers when presenting their ID. Drizly is also asking that if customers are sick or quarantined, they do not place an order at this time.

As for future trends, Nielsen’s Kosmal made a fairly safe bet: “We expect to see even bigger spikes in off-premise sales in the weeks ahead.”

Brands are reacting to these rapid changes, too. With St. Patrick’s Day parades being canceled due to the coronavirus scare, Guinness released a video clip, created by agency Quaker City Mercantile, noting that this year people were probably going to be celebrating in their kitchens and living rooms, as opposed to neighborhood pubs and city streets. (The spot was pulled together in a matter of days, according to a spokesperson at Guinness parent company Diageo.)

“We know that St. Patrick’s Day feels different this year, so however you choose to celebrate, stay safe and be good to one another. Guinness is committing $500,000 through our Guinness Gives Back Fund to help communities where we live, work & celebrate.”